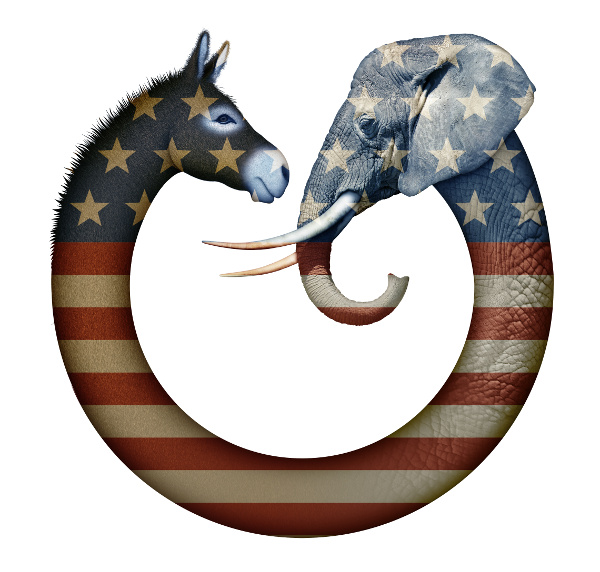 Three Questions to Answer Before Allowing Your Business to “Get Political”

There have been a number of stories in the news recently about small, local businesses who have been caught up in our increasingly divisive national politics.  These businesses have either taken a public stance on a controversial topic or have taken some type of action related to such a topic, and subsequently have had their stories “go viral” in the national media.

Perhaps the two most prominent examples of this are Masterpiece Cakeshop in Lakewood, Colorado and The Red Hen in Lexington, Virginia (if you aren’t familiar with these stories, a simple Google search on the name of either business will quickly enlighten you).

In both of these stories, as well as several other similar stories that have appeared in the news lately, the owners of the businesses had no intention of becoming the center of national controversies.  They were simply, as the owner of The Red Hen put it, making “uncomfortable actions and decisions to uphold their morals.”

I will make no statement here as to my own opinion regarding the actions of these business owners—that is not the purpose of this article.  I do feel, however, that in my role as a marketing advisor to small business owners, I should provide some guidance related to this topic–because if one thing is certain, taking a public stance on a hot-button political issue will have consequences for your business.

Just as with any other decision that will have consequences for your business, you need to make it in a thoughtful manner after careful deliberation—not in the heat of the moment when confronted with an unexpected situation.

To that end, I propose that you ask yourself the following three questions as a business owner now and consider carefully how you would answer them (scroll down to continue reading or use the player below to listen to my podcast episode on this topic).

Question #1: Is your business being asked to do something that you feel would compromise your moral values?

I list this question first, because I think that a person’s moral values get to the core of who they are, and as business owners our brands are, to a certain extent, an extension of ourselves.  So, if your business is being asked to do something that you feel would compromise those values, it might very well mean that you must refuse in order to avoid compromising your personal integrity.

But…on the other hand…one could argue that a business also has a moral obligation to provide for their employees and customers.  If taking a public stance on a hot-button issue compromises your ability to do either of those things, then the decision is not as clear-cut.

You will then have to decide which moral obligation you feel is more important to you.  I would strongly suggest involving your employees in this decision-making process, since they will be the ones who will have to deal with whatever public response/outcry/backlash occurs as a result of any public stance you take.

Also, I think it is important to acknowledge that there are some things that, while you might not like to do them, don’t rise to the level of “compromising your moral values”.  In that case, I would suggest that it might be better not to take a public political stance—depending on your answer to the next two questions.

Question #2: Will having your business take a public stance on a hot-button political issue help or hurt the cause that you believe in?

Other ways to ask this question would be: Will your business’s actions move the needle in the direction you want it to move?  Will they even have any impact at all, other than making you feel like you’re “doing something”?  Are there possible unforeseen consequences that could end up having the opposite effect than what you intend?

In some cases these questions might be difficult or impossible to answer, but in other cases they aren’t.

For example, putting up a sign outside your business that you don’t serve Democrats (or Republicans) will almost certainly not move the needle at all, and will make a lot of people very angry with you.

On the other hand, putting up a sign outside your business stating that your business is a “politics-free zone” and banning any piece of clothing, button, sign, etc. that makes a political statement might help make people feel safer doing business with you.  Or, it could get you sued by someone who feels like you are somehow violating their right to free speech (whether or not that lawsuit would be successful, I have no idea).

Question #3: Are you prepared to deal with the consequences?

This is the most important question on the list, because if the answer is “no”, then your answer to the other two questions becomes irrelevant.  You must be prepared to deal with any consequences that arise from your decision to have your business take a public political stance.

There are some consequences that are very predictable—like negative comments on social media, people leaving fake reviews on your business’s profiles, and—sadly—threats (credible or not) to your personal safety and/or the safety of your employees and physical place of business.

Less predictable consequences could include having a story about your business on the front page of every major newspaper in the country or appearing in a case before the United States Supreme Court.  Those consequences might not be likely, but they are possibilities, and they are possibilities that you need to think about before taking whatever action or stance you are considering.

In summary, while I will not make a blanket judgement as to whether it is good or bad when a local business takes a position on a hot-button political issue, I think that doing so without careful consideration is bad and should be avoided.